A Pantry Stocked With Deprivation 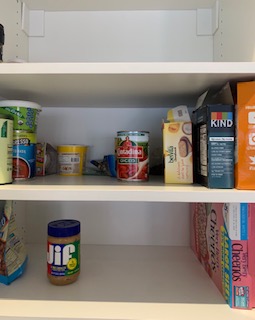 When I was growing up, my pantry looked like most people’s pantries who had parents that dieted. I often joke how it was Snackwell’s nation in my house. I tried so hard to find a morsel of enjoyment out of the puffy devil food cake cookies that I wanted to like, but something was missing because something was missing. Fat and fun! Those two ingredients did not go together in the late 80s and early 90s. My mom was often on and off diets, so it ebbed and flowed with what was allowed in. When I went to my best friend’s house growing up, it was like a food mecca. There were Doritos, Fruity Pebbles, and my favorite, Little Debbie snack cakes. Little Debbie was like my long-lost friend. Oh, how I loved her so, but she was not invited to come and stay at my house. SO I would gobble her up whenever I had the chance.

These rules were pretty standard with a dieting parent. The more people I have sat with in the years, the more that patterns play out to be the same. “I wasn’t allowed “x” so I binged or felt like I couldn’t control myself with it when I could get it.” All of it is set with what seems like good intention. If there’s “junk” in the house, that is what the kids will eat. That is what I will eat.  As I discuss in the article, “The Clean Plate Club,” you keep these learned and moralized behaviors. If you grew up being applauded that you cleaned your plate and were guilted into doing so, you keep that with you. Just the same if you were shamed or told you are being “bad” for eating snacks or the chips, cookies, etc., that stays with you. And then you throw our culture and the moral messaging with food. It becomes such a mind screw.

What Your Food Behaviors Say

Your behaviors with food will always tell the truth of how your relationship with food actually is and the lasting impact of the learned food rules.  If the rules had a positive effect on you, then why do you keep binging or overeating on the foods that were always forbidden? Well, it is what happens in the forbidden fruit cycle. When you were a kid and had food that was forbidden, those were the foods you were overeating on when you at a friend’s house or sneaking off to get once you could drive and hide or throw away the evidence. See, guilt and or shame were attached, so you couldn’t reveal that you actually ate those foods.

Fast forward, now as an adult, and you are still going through the drive-through and secretly eating in your car or standing in your pantry and eating the forbidden food before anyone walks in. Saying to yourself, “F-it, I’ll eat all of it now, and it will be out the house. I’ll start over tomorrow.” Sound familiar? When you are deprived of something that you find pleasurable, then you want to overconsume you are not “bad.” You are human.

It’s normal to like the chips, cookies, sweets, etc.., but we are brought up with the moral messaging that we are good or bad based on what we eat. And how common is it to have foods that we have a nostalgic and emotional attachment to as a kid? For me, it’s black and white cookies. Sweet memories of my grandparents fill my heart when I have them. It’s a connection. I feel like my seven-year-old self smiles with every bite. But if I had never healed my relationship with food, it would be that I am eating all the black and white cookies I could get my hands on when they are available to me, including the ones that taste just as I remember and the ones that are far from it.

See, when we are eating out of a place of deprivation, we aren’t even aware of the taste. We are just eating to eat it because it’s the only time we allow permission or feel that there is a vanishing opportunity to have it.

How Do You Reestablish Your Food Relationship?

When you reestablish this relationship, it can feel scary to think about actually letting yourself eat these foods. Take a moment to reflect on these questions:

What were the foods you were forbidden to have or were a special “treat” to have when growing up?

Do you have the same forbidden foods today?

What were your parents eating behaviors around those foods?

Are there certain forbidden foods that you have more guilt about than others?

Reestablishing your food relationship means looking at these foods and taking off the glasses of shame and guilt. I know this is a hard thing to ask. But you will likely see the connection between what you were taught growing up about those foods and your behaviors with them today. So, what do you do with this information?

Give yourself permission. Start with a food that holds less guilt. Do not start with the number one “guilt” food. Try finding the same time every day to have that food, without distraction. Eat it slowly. This is an essential step. Actually taste and savor each bite. Do you even like it? I found when I went back to eating a Little Debbie snack cake, it was nothing that I remembered. I didn’t even like it anymore. Eat until you no longer want anymore. Yes, this may look messy at first. But commit to showing up to do it again tomorrow, and the next and the next. You’ll start to see and feel the shift. The charge of that food lessens. You’ll begin to see that you can, in fact, have your cake and eat it too! 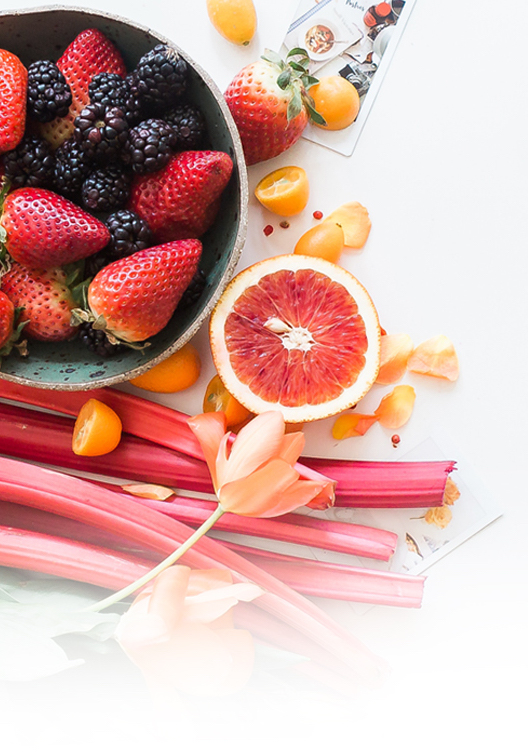